A Cold Night for a Good Cause | Latest News 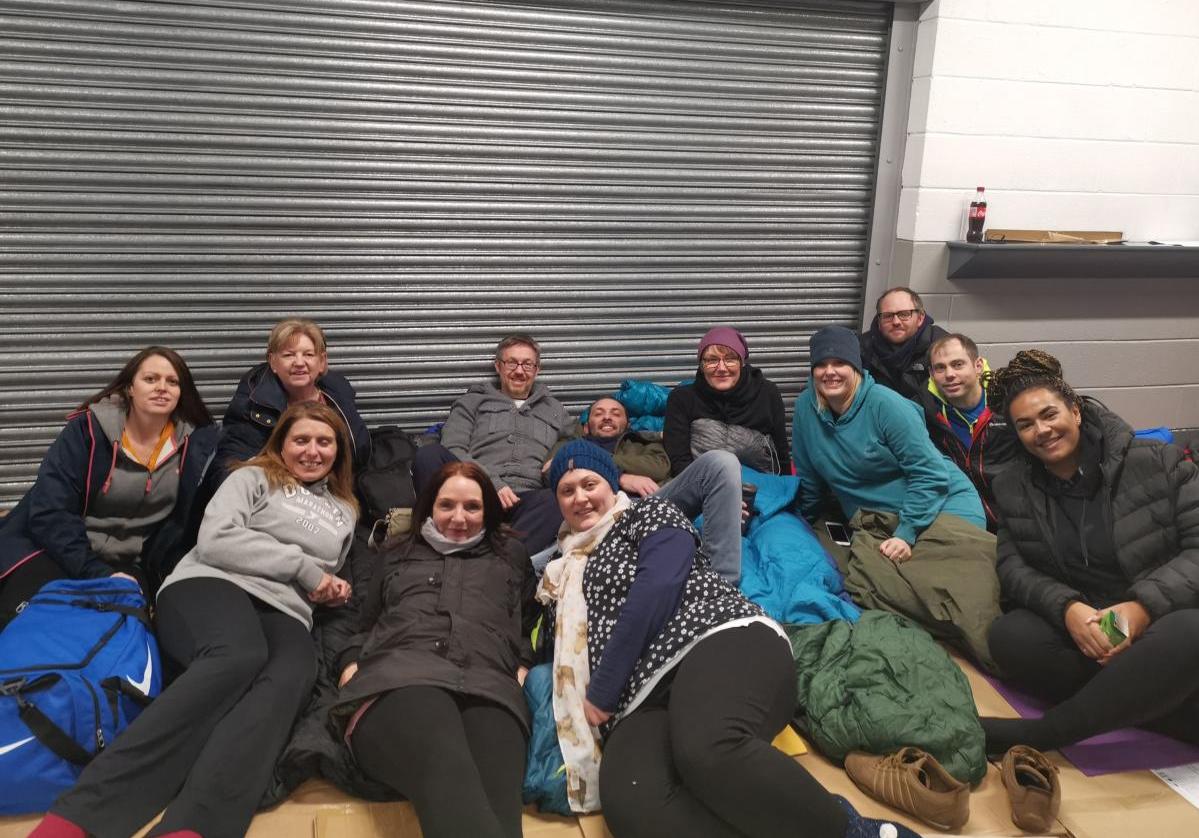 Three of our PVC colleagues joined forces with Community Gateway (CGA) to bravely face the elements last week and raise money and awareness of Preston’s homeless.

Organised by The Foxton Centre, a Preston-based charity working with local young people, The Big Sleepout was held at Preston North Ends’ stadium to raise money for the purchase and renovation of a local house to be used as a warm and safe location for Preston’s homeless.

Participants were asked to only bring bare essentials to the event so as to try and provide a small insight into just some of the many hardships local people face when sleeping rough.

Over 300 people attended the event, with the team from PVC and CGA raising more than £3,500.

Patsy Alexander, Housing Support Co-Ordinator at CGA, was one of those who bravely slept out, and said, “It was very rewarding to see so many locals from different walks of life come together to raise money and awareness about homeless issues in Preston. People have been incredibly generous in their support and we would just like to thank everyone that got involved and sponsored us.”

Rachel Gardner, administration officer at PVC, who also attended the event, said, “It was a long night as there were not many opportunities to sleep because it was so uncomfortable trying to do so on cardboard. The event was a real eye opener, and I am glad of the opportunity to help such a good cause.”